Ready for the perfect wine tasting in Chinon?

The wines of Chinon are closely associated with the famous French writer François Rabelais who extensively praised their merits. And if the Chinon appellation produces nice, simple, easy-to-drink wines (or “Vins de Copains” in French, meaning “wine you enjoy drinking with friends”), the best Chinon wines will demonstrate their beautiful elegance with age. Enough to make you pack you car’s trunk with this wonderful nectar.Ready for your (perfect) wine tour in Chinon?
Although Chinon wines are commonly classified as Loire wines, the town of Chinon itself is not located on the banks of the river Loire but on one of its tributaries … the Vienne river. If we consider that the Chinon appellation falls into the fold of Loire Valley wines, it is because the latter is not far away. About fifteen kilometers downstream.The Chinon appellation covers twenty-six villages, which is a lot in comparison with Bourgueil, its neighboring appellation, which only covers six. This is because the appellation was extended in 2016 with eight additional villages, which are now authorized to produce Chinon wine.Among the most remarkable of these villages are Candes-Saint-Martin (one of the most beautiful villages in the Loire Valley) but also Seuilly, a symbolic town for the region since it is the birthplace of François Rabelais (more than five hundred years ago). Name Chinon and the famous local figures such as Joan of Arc and Rabelais will echo back to your ears.But if we stick to wine and gastronomy, it is the name of François Rabelais that surpasses any other : he who is considered the father of two beautiful adjectives of the French language: “pantagruelic” and “gargantuan” (when referring to food and wine in very large quantities).
So it won’t be a surprise for you to hear that the Chinon region has been producing wine for over a millennium. Once again we will need to go back in time, back to Saint-Martin, the Roman legionary who introduced the first vines in the area of Tours and ended his days in … Candes-Saint-Martin (hence the name).

It has since been said that Saint Martin, having cultivated vines on the slopes of the river Loire, caused the Christian religion to celebrate the “blood of Christ” with wine. Chinon today produces wine in three colors: red, white and rosé.Even if the Chinon appellation remains very strongly associated with red wines. The Chinon appellation produces around 15 million bottles per year, of which 85% are red Chinon wines, 13% rosé wines and 2% white wines. Which makes it the largest appellation for volumes in the Loire Valley region.The Chinon reds are usually associated with tannic wines. Even more than those of the neighboring Bourgueil wines, with which they share the same dominant grape variety (we’ll get back to that).Also, if there are rosé wines in Bourgueil, there are no white wines … unlike Chinon where small quantities of white wines are produced (unsurprisingly, Chenin Blanc inside). In accordance with the typically French notion of terroir, the red wines of Chinon strongly reflect the soil in which the vines are grown.The sandy-gravelly and clay-sandy soils near the banks of the Loire generate lighter and fresher styles, while the hillside sites rich in local “yellow tufa” produce full-bodied, richer and spicier wines. with a higher aging potential. The tufa mentioned above is a yellowish sedimentary rock characteristic of the Loire Valley region where it was formed around 90 million years ago, during the Turonian period.This fragile rock – a combination of sand and marine fossils – is very porous, meaning it absorbs water quickly but diffuses it slowly. This is ideal for high quality wine making as it extracts excess moisture from the roots of the vine during rainy periods, but releases much needed water reserves during periods of drought.But let’s get back to Chinon wines. The wines are produced from the Cabernet Franc grape, a thin-skinned, aromatic black grape. Even though 10% Cabernet Sauvignon is allowed in Chinon, it is rarely included in Chinon blends.The flavors of a Chinon cover a whole range of aromas such as red and black berries, plum, white pepper, flint, leather, sweet spices or even earthy notes. Among the most famous winegrowers of the appellation, and without being able to name them all, because there are more than 200 (you will find a more complete list of Chinon wineries), you will hear names such as Baudry, Raffault, Alliet and Joguet in the mouths of connoisseurs.It has been a while since these wineries have made a name for themselves. But younger wine makers are on the rise. Among this new generation you will hear names such as Wilfrid Rousse or Nicolas Grosbois. This is because the Chinon terroir is capable of producing (really) great wines.They may not be as sumptuous as the “Grands Crus Classés” from Bordeaux, but the best vintages can be of high class, finding in age an elegance full of nobility. We hope that this introduction to the Chinon appellation will have set you up for you forthcoming wine tour in Chinon. That said, we wish you a pleasant Chinon wine tasting!

A wine tasting in Chinon you will love

Our “sip tip” in Chinon : wine tasting visit at the “Clos de l’Écho”, a stone’s throw from the fortress of Chinon. On the Loire Valley wine tasting map, the Chinon appellation and its wineries are a must. Before or after your wine cellar visit, you can also go and explore the royal fortress of Chinon. If you do not want to go too far for your wine tasting visit afterwards, you can simply go visit the “Clos de L’Echo” part of the winery domaine Couly Dutheil. You can’t make it closer, the tasting cellar is adjacent to the fortress’ car park.
Facebook
Twitter
LinkedIn
ADVERTISING 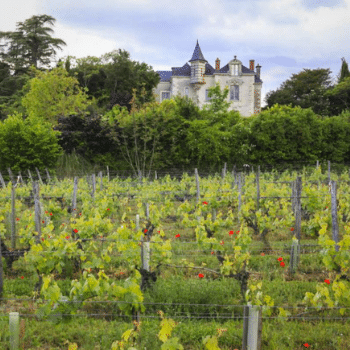 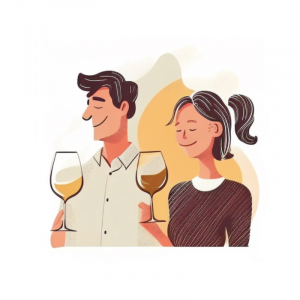 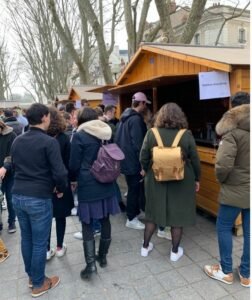 Take-aways from the 2022 Bourgueil wine festival in Tours 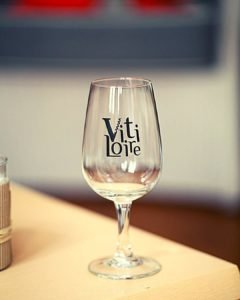 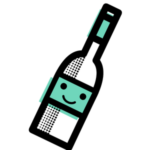 No thanks
Got it